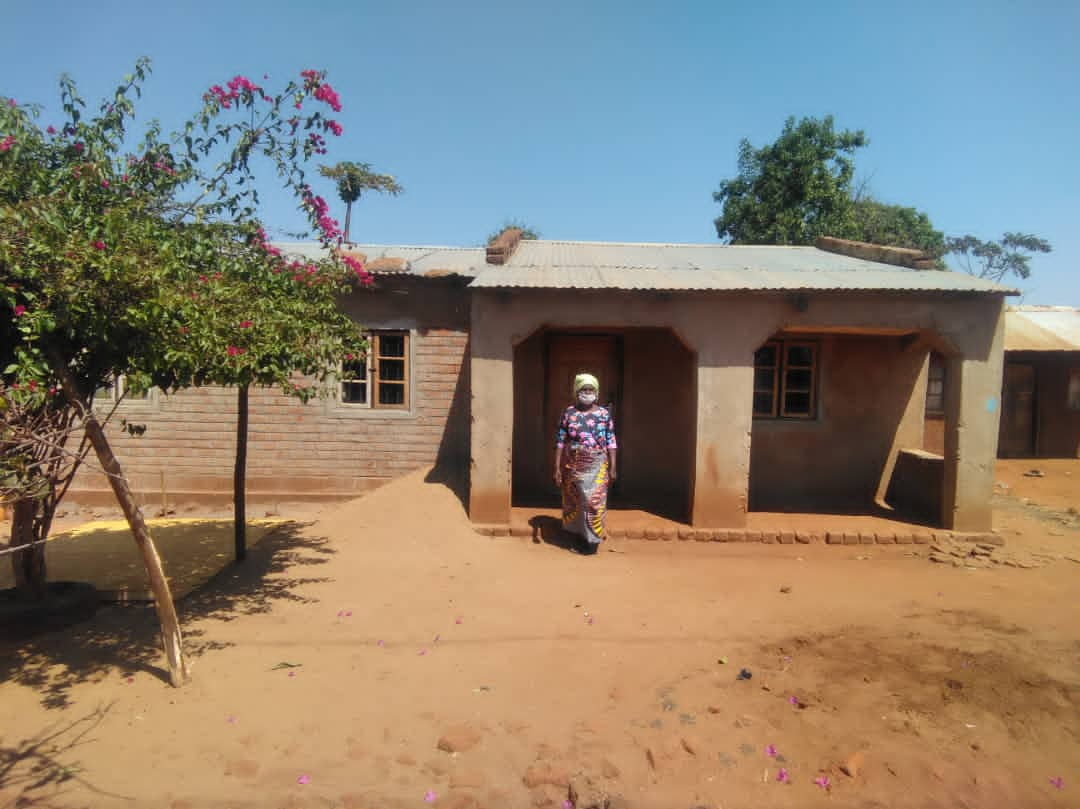 Beneficiaries of the Social Cash Transfers Programme (SCTP) in Ntcheu, popularly known as Mtukula Pakhomo, said the initiative has helped them to graduate from the cycle of poverty, as they are now financially independent.

One of the beneficiaries of the program is 65-year-old Lukia Fostala, from Group Village Head Nsiyaludzu. She said through the initiative she has managed to build a house for her and her family and set up a local bicycle taxi business (known as Kabaza).

"When I joined the programme in 2018, I had a tiny mud house and was not able to feed for myself and children.

“I now comfortably live in a 4-bedroom house that I built and the Kabaza business is operating well. I also bake scones and sell them to villagers. They both bring me money to live on”, said Fostala who is divorced with 3 children.

"I am very thankful for the program for helping me set up a business and build a house”.

She added that currently she is able to pay school fees for her daughter at Nachitheme Community Secondary School in the district.

Concurring with Fostala, is 29 year-old Elube Khomani from the same area who has ventured into a piggery business and is able to pay school fees for her children and her late sisters’ children.

"When I got my second payment from the SCTP, I decided to buy a pig and after some months it delivered six piglets. The piglets are being kept at my sister's place and now the pig is almost ready to deliver for the second time," she said.

She further disclosed that she has managed to buy iron sheets to make her house stronger against the weather, and that when it comes to food she is able to eat three meals a day.

Social Welfare Officer, Catherine Ngoleka, said since the program started in 2018 in Ntcheu it has helped over 14,330 households, in 11 Traditional Authorities and 114 village clusters.

The Government of Malawi’s Social Cash Transfer Programme (SCTP) is an unconditional cash transfer targeted to ultra-poor and labor-constrained households. The families of these households receive a monthly cash transfer to help them meet their basic needs.